Not one for the faint hearted. Intense and punchy with deep flavours and a full body, a great example of a classic French Roast Coffee.

Smoky aromas and a strong kick to the palate, developing deep chocolate intensity with a full body. Fulfilling the nature of a real French Roast this one packs a punch while maintaining a real character through intense but rounded flavours. 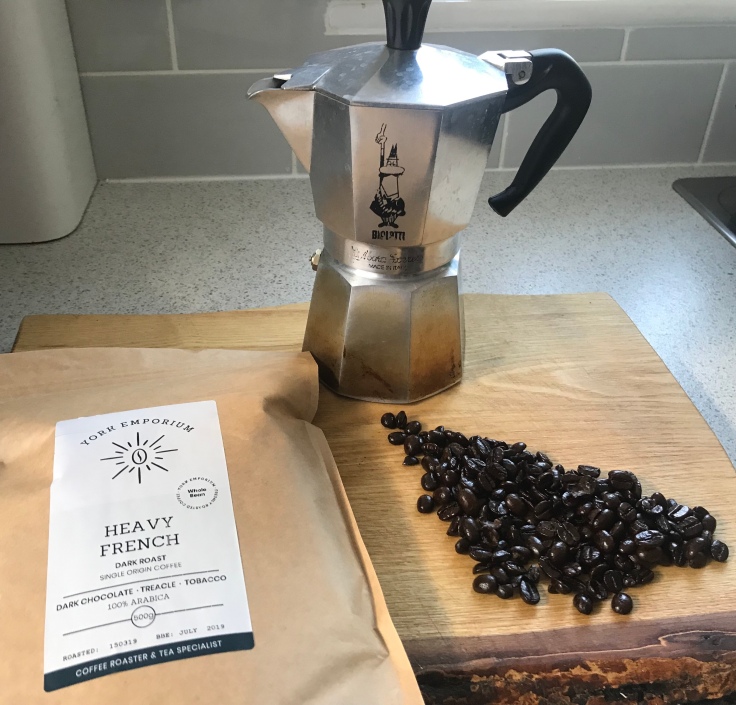 French Roast is a term that originates in Europe in the 19th century, it refers to the type of roasting that was popular on the continent at the time. At its heart a French Roast coffee is one that has been taken well past “second crack” (a term used to describe a point late in the roast when the beans pop under expansion a second time), at this depth of roast coffee beans are dark (almost black-brown) and have an oily covering on the surface. French roasting emphasises bitter and intense flavours and produces a coffee which is often described as strong. In modern times the level of roasting in coffee has tended to settle to a lighter level as the industry embraces and emphasises the layered complexities in many beans that suit a more subtle palate. French roasts have as a result become something of a niche in the coffee world, this is natural and understandable, but also a shame for me as these intense and unapologetic coffees have a lot to offer, a very different coffee experience on your journey into the drink.

French roast coffee is very specifically about the roast, the beans can be from many regions, though Indonesia is often a popular choice. This offering is however is from Vietnam, and I heartily approve of the selection for several reasons, not least because it was the French who introduced coffee to Vietnam around the 1850’s, which is a lovely historical nod. One much more pressing reason for me, is that in making it’s choice York Emporium has highlighted Vietnam’s arabica coffee farmers. Now if you will permit me a little digression Vietnam is a country of two unequal worlds when it comes to coffee, its small number of Arabica producers can go unnoticed at times, in the shadow of it’s mighty Robusta production .

It comes as a surprise to many, to discover that after the mighty Brazil, Vietnam is the world’s second largest producer of coffee beans. Due to the climate of the country the majority of this coffee production is of commercial quality. The south of Vietnam provides some truly excellent growing conditions for Robusta (Coffea Canephora) which is regularly used in the production of mass market coffee. The high ground of the country however does have room to grow some truly excellent Arabica coffee, but the greater workloads and more careful farming practices involved mean that these farms are far less common. The dedication needed can pay off with some really interesting examples though, I personally have a soft spot for some Vietnamese coffees for exactly this reason, and over the years I have tasted some really good examples. While this example from York Emporium is not a specialty graded coffee, it is well sourced and comes fully Fair Trade certified. Anyway back to the tasting as promised.

When I opened up this offering I was delighted with the appearance of the beans, now bear with me as I don’t regularly discuss bean appearance, but in the case of anything describing itself as a French Roast I always pay particular attention. I have seen over the years, a number of supposedly French Roast coffees that are actually rather under-done. I expect such a coffee to have a dark colour and critically to have a good deal of oils released onto the surface and I was happy to see exactly this. The beans also have a natural aroma that is somewhat pungent, again it’s a good sign. Once I started to brew I found the familiar tobacco smoke aroma filling the air, now I will add that this coffee was one I brewed twice for tasting, as I find that a V60 (my usual tasting kit) can miss some of the intensity from a dark roast. My second brew was made using a good old fashioned Bialetti Stove Top. On the V60 the coffees flavours are present with a deep and full profile but the real magic of this coffee is found with a much less gentle brewing method. Extracted under the high pressure of the stove top the coffee’s chocolate and treacle intensity really sings, rather loudly in fact. Don’t be concerned though, this is exactly what we want, a French Roast should carry a lot less subtlety than many coffees, bringing its depth and full body to bear with little or no apology, and this one does just that. The experience is a different one, far more direct and punchy than subtle and layered, but in this it illustrates one of the beauties of coffee for me. 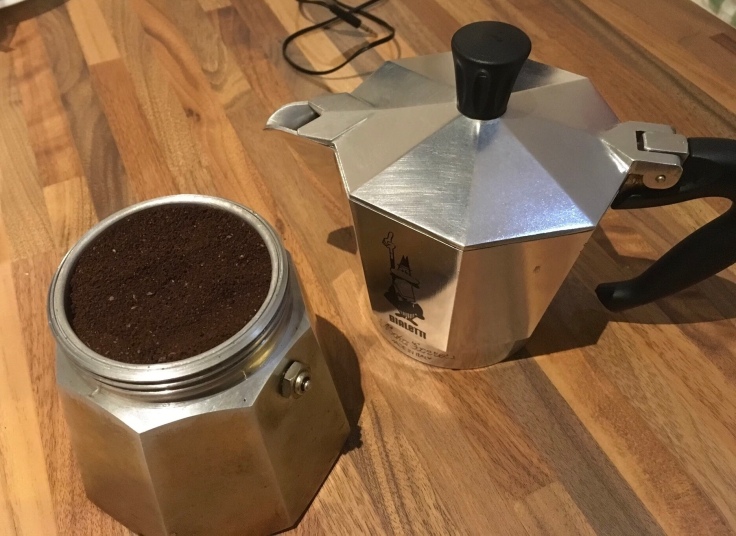 The team at York Emporium have been roasting their ever growing range of coffees since 2010. The roastery sources ethically traceable green beans from all round the world and roasts a large range of product, much of it on their vintage 20kg Probat Roaster. The range of products is extensive and supplies both commercial and domestic customers, many cafes and bars in the area use roasts from the Emporium. The company offers a large selection and holds to its ethical practices with real passion. In taking on an old school roast the team have certainly been true to its roots, producing a dark and intense coffee that will be a talking point on tasting.

If you have enjoyed this or any of my writing please check out my Homepage to find out more about me and my work. Follow the blog and if you feel you can, drop a donation to support this project. Thanks, – Bear